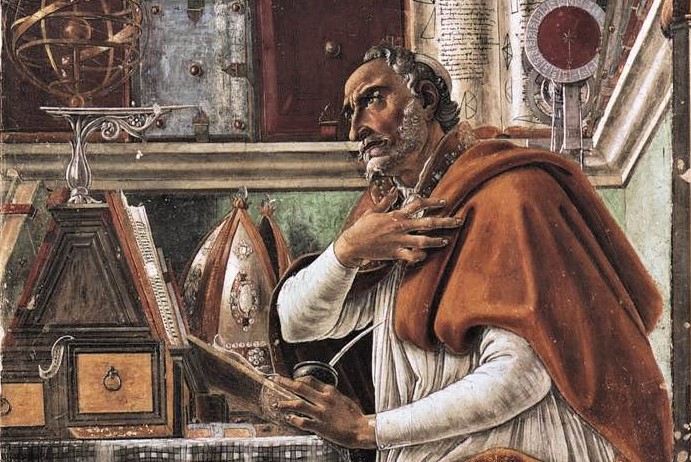 At one point in the sermon Augustine speaks to a subtle matter: the question of honor. On the one hand we rightly respect elders and leaders, according them due honor. On the other hand there is the danger of an unhealthy deference or excessive honor that both insulates leaders from proper correction and causes them to crave honor inordinately. Of the honor we have traditionally given clergy, St. Augustine says,

For every man without exception is weak. And who is any man placed over you except someone just like yourself? Your pastor is in the flesh; he eats, sleeps, and awakens; he was born and is going to die. In himself he is, when you think of it, simply a man. But it is true that you make him something more by giving him honor; it is as if you were covering what is weak.

Regarding honors, St. Augustine warns priests that craving them or acceptance from the people may hinder the preaching of the Gospel. He gives the example of St. Paul who, though acknowledging the honor and respect given him, did not hesitate to correct and preach difficult truths:

But did [Paul] then spare sinners because of [the] honor [they gave him], perhaps out of fear that it would be refused and that he would receive less praise when he gave blame? Had he done so, he would be among those shepherds who feed themselves and not the sheep….In recalling how they treated him, the Apostle does not want to appear forgetful of the honor they did him. Therefore, he gives testimony that they received him like an angel of God … Yet he still comes to the sheep that is ill, to the one that is diseased, to cut the wound and not to spare the diseased part. He says: “Have I then become your enemy by preaching the truth?” He took from the milk of the sheep, as I mentioned a short time ago, and he was clothed with their wool, but he did not neglect his sheep. He did not seek what was his, but what was Christ’s.

Pray for priests. We live in times when many of us have been trained or led to think that the goal of our ministry is merely to affirm people and make them feel welcome. If we do this, we are only seeking honor, affirmation, and popularity for ourselves. There is a place for welcoming, but the goal of our ministry is the salvation of souls. At times this requires that we say and do difficult things, things that anger people and cause us to be ridiculed and denounced. As St. Augustine says, though, the treatment of wounds requires not just the oil that soothes but also the wine that stings as it debrides and decontaminates.

What would one think of a doctor who spent most of his time making sure that his waiting room was pleasant and his examination rooms cheerful while expending minimal effort studying disease and doing what was necessary to bring his patients back to good health? Proper medical care sometimes requires strong medicine and/or painful surgery. Further, doctors must often share difficult information with patients and give strong admonitions that lifestyle changes must be made. Pleasant examination rooms and a good bedside manner are all well and good, but providing medical care is the primary objective. A doctor who does not speak the truth to his patients because he wants to keep them happy is guilty of malpractice; he has maximized the minimum and minimized the maximum.

It is no less the case with priests who avoid conflict or difficulty in order to preserve their honor. They have allowed a lesser thing to eclipse a greater one. Pleasantries and affirmation too easily overshadow the truth, which is what sets us free even if it is sometimes strong medicine.

The concern about silent pulpits on the key moral issues of our day is too widespread to be discredited as a minority view. Despite our human weakness, we who are priests must summon the courage to speak and teach more clearly and consistently. True shepherds can do no less.

Men in authority are afraid to speak, for those who have reached power by human interest are the slaves of those to whom they owe their advancement. And now, the very vindication of orthodoxy is looked upon in some quarters as an opportunity for attack…While unbelievers laugh; men of weak faith are shaken; faith is uncertain; souls are drenched in ignorance, because adulterators of the Word imitate the truth (Saint Basil in Ep. 92, 2).

Yes, too often, the clergy placate dissenters and enemies of the truth while showing hostility to the faithful who raise questions and seek clear teaching about the moral and doctrinal errors of our day.

Honor has its place, but too easily the honored are locked into a need to be honored and esteemed by the world. Pray for all in authority, especially the clergy.

2 Replies to “On Honor and Its Pitfalls”