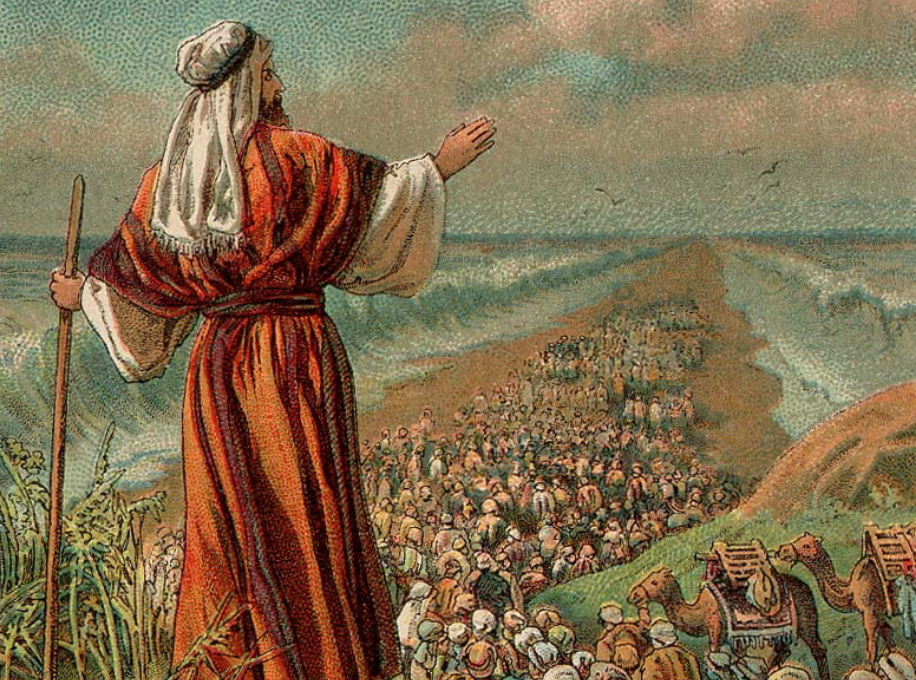 At Thursday’s daily Mass (Thursday of the 18th week of the year) we read of the sin that excluded Moses from leading the people to the Promised Land. While there are some mysterious elements to it, one thing seems clear: the grumbling of the people got on Moses’ nerves. Indeed, grumbling often affects more than just the one doing the complaining. Through it, infectious negativity can be set loose. Even if only a small number are grousing, it can still incite discontent, anger, and/or fear in others. Yes, the people nearly wore him out. At a particularly low moment, when the people were complaining about the food, Moses lamented to God,

Why have you dealt ill with your servant? And why have I not found favor in your sight, that you lay the burden of all this people on me? Did I conceive all this people? Did I give them birth, that you should say to me, “Carry them in your bosom, as a nurse carries a nursing child,” to the land that you swore to give their fathers? … I am not able to carry all this people alone; the burden is too heavy for me. If you will treat me like this, kill me at once, if I find favor in your sight, that I may not see my wretchedness (Numbers 11:11-12, 14-15).

Moses was so dispirited that he preferred to die rather than continue on in this way. In his weariness, he spoke rashly, and God excluded him from leading the people into the Promised Land:

Now there was no water for the congregation. And they assembled themselves together against Moses and against Aaron. And the people quarreled with Moses and said, “Would that we had perished when our brothers perished before the Lord! Why have you brought the assembly of the Lord into this wilderness, that we should die here, both we and our cattle? And why have you made us come up out of Egypt to bring us to this wretched place which has neither grain nor figs nor vines nor pomegranates? Here there is not even water to drink!” But Moses and Aaron went way from the assembly to the entrance of the meeting tent, where they fell prostrate.

Then the glory of the Lord appeared to them, and the Lord said to Moses, “Take the staff, and assemble the congregation, you and Aaron your brother, and tell the rock before their eyes to yield its water. So you shall bring water out of the rock for them and give drink to the congregation and their cattle.”

And Moses took the staff from before the Lord, as he commanded him. He and Aaron gathered the assembly together before the rock, and he said to them, “Hear now, you rebels! Are we to bring water for you out of this rock?” And Moses lifted up his hand and struck the rock with his staff twice, and water came out abundantly, and the congregation drank, and their livestock.

But the Lord said to Moses and Aaron, “Because you did not believe in me, to uphold me as holy in the eyes of the people of Israel, therefore you shall not bring this assembly into the land that I have given them” (Numbers 20:2-12).

Many have pondered the precise nature of Moses’ sin and why the punishment for it was so severe. A few different explanations have been posited:

This third explanation leads us back to the heart of our meditation: grumbling causes harm to the ones who grumble and to others who hear it. Moses was worn out by their complaining; as Psalm 106 says, his spirit grew bitter. He spoke rashly and reviled the people; in a flash of anger, he may also have yielded to sinful pride.

Why God punished him so severely is somewhat mysterious. St. Basil the Great used it as an object lesson to us all: “If the just man is scarcely saved, where shall the ungodly and sinner appear?” (Preface on the Judgment of God).

Whatever the reason for the drastic punishment, behold what grumbling does. It fuels discontent and bitterness. Be careful, fellow Christians; we can all succumb to the temptation to draw others into our anger, doubts, dissatisfaction, and fears. After all, misery loves company. Sharing concerns with friends is good and necessary, but this must be tempered by the knowledge that too much can harm them and us. A steady diet of grumbling is not good for anyone.

Grumbling, grousing, and complaining seem to be all around us. In our relative affluence, we often expect or even demand comfort. We are very particular about the way we want things to be, and often expect that it be made so without much if any effort on our part.

Moses was worn down by the constant grumbling of the people. Be cognizant of the toll that such behavior takes on others. Practice gratitude, an important antidote to the poison spread by grumbling.

Cross-posted at the Catholic Standard: What Was Moses’ Sin?