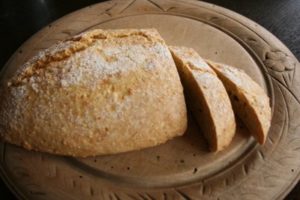 I was explaining to a new Catholic recently that the reason the color purple (violet) is used during Advent is that Advent, like Lent, is considered a penitential season. During these times we are to give special attention to our sins and our need for salvation. Traditionally, Advent was a time when would take part in penitential practices such as fasting and abstinence, just as is done during Lent.

In recent times, though, Advent has become almost devoid of any real penitential practices. Neither fasting nor abstinence is required; they are not really even mentioned. There is nothing in the Missal or other liturgical sources that refers to Advent as a penitential season. While confession is encouraged and the readings of early Advent still retain a focus on repentance and the Last Judgment, the era of the forty-day fast beginning on November 12th is long gone.

During the Middle Ages, Advent observances were every bit as strict as those of Lent. St. Martin’s Feast Day was a day of carnival (meaning “farewell to meat” (carnis + vale)). In those days, the rose vestments of Gaudete (Rejoice) Sunday were a real indication of something to celebrate: the fast was relaxed for a day. Then it was back to fasting until Christmas. Lent began with Mardi Gras (Fat Tuesday), when the last of the fat was used up before the Lenten fast would begin the next day.

The fasting and abstinence practiced in those days were far more strict than the token observances we have today. There were regional differences in the details. In many places all meat was strictly forbidden during both Advent and Lent, but some areas permitted fowl. Most regions allowed the consumption of fish. Some areas prohibited fruit and eggs. In monasteries, little more than bread was consumed. On the Fridays of Lent and Advent, some believers abstained from food for the entire day; others ate only one meal. In most places, however, the Friday practice was to refrain from eating until the evening, when a small meal without vegetables or alcohol was eaten.

Yes, those were the days of the giants, when fasting and abstinence were real sacrifices.

Today’s token fast (required only on Ash Wednesday and Good Friday) isn’t much of a burden: one full meal and two smaller meals. Is that really a fast at all? And we are only obligated to abstain from meat on the Fridays of Lent rather than the entire forty days.

What is most remarkable to me is that such fasts of old were undertaken by people who had a lot less to eat than we do today. Not only was there less food overall, but is was far more seasonal and its supply less predictable. Further, famines and food shortages were relatively common. Yet despite all this, they were able to fast twice a year for forty days at a stretch, eighty days in total. There were also “ember days” sporadically throughout the year at the change of seasons, when a daylong fast was enjoined.

Frankly, I doubt that we moderns could pull off the fast of the ancients, or even the elders of more recent centuries. Can you imagine all the belly-aching (pun intended) that would ensue if the Church called us to follow the strict norms of even 200 years ago? We would hear complaints that such demands were unrealistic and even unhealthy.

When I ponder the Catholics of 100+ years ago, they seem like giants compared to us. They had so much less that we do today, yet they seem to have been so much freer. They were able to fast. Though poor, they built grand Churches and had large families. They fit so many more people into their homes. They lived and worked in conditions few of us would be able to tolerate. Sacrifice seemed more “normal” to them. I have not read that there were any huge outcries during those times, complaints that the “mean, nasty Church” imposed fasting and abstinence during Advent and Lent. (There have always been exceptions for the very young, the elderly, the sick, and pregnant women.) Neither have I read that fasting from midnight until receiving Communion the next day was considered too onerous. Somehow they accepted these sacrifices and were able to undertake them. They had a freedom that I think many of us lack.

I fully admit to being a modern man. I find the fasting and abstinence described above nearly “impossible.” I did give up wine this Advent, and during Lent, I swore off radio and television. But something makes me look back to the giants of old, who, though having far less than I, did such things as a matter of course.

17 Replies to “What Ever Became of Advent Fasting and Penance?”