On Friday I was permitted to go up into the Clerestory level of the Basilica of the National Shrine of the Immaculate Conception here in Washington. I brought my camera and took some unique photos of the Basilica. I am posting a few of them here but you can see the rest of what I took here: Clerestory Views.  I think they turned out pretty well considering that very few lights were on in the Basilica. I had to open the lens wide and give lengthy exposure to each shot but in the end I think they turned out well. Thanks to TJ Dhanagom and Msgr. Rossi for the privilege of ascending to the clerestory. 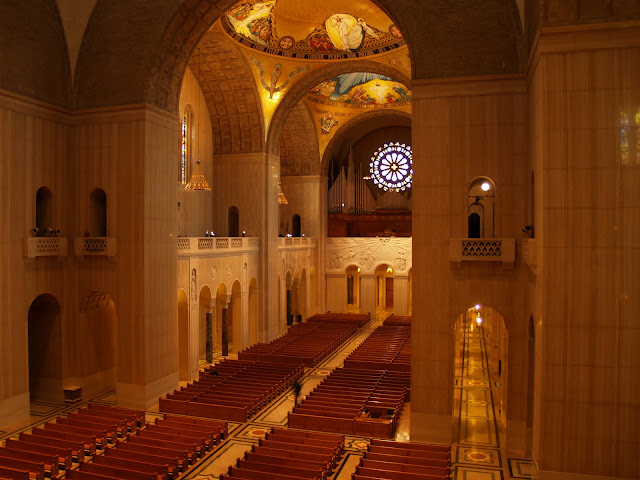 Nave from the Northwest Clerestory

14 Replies to “The View from the Top”