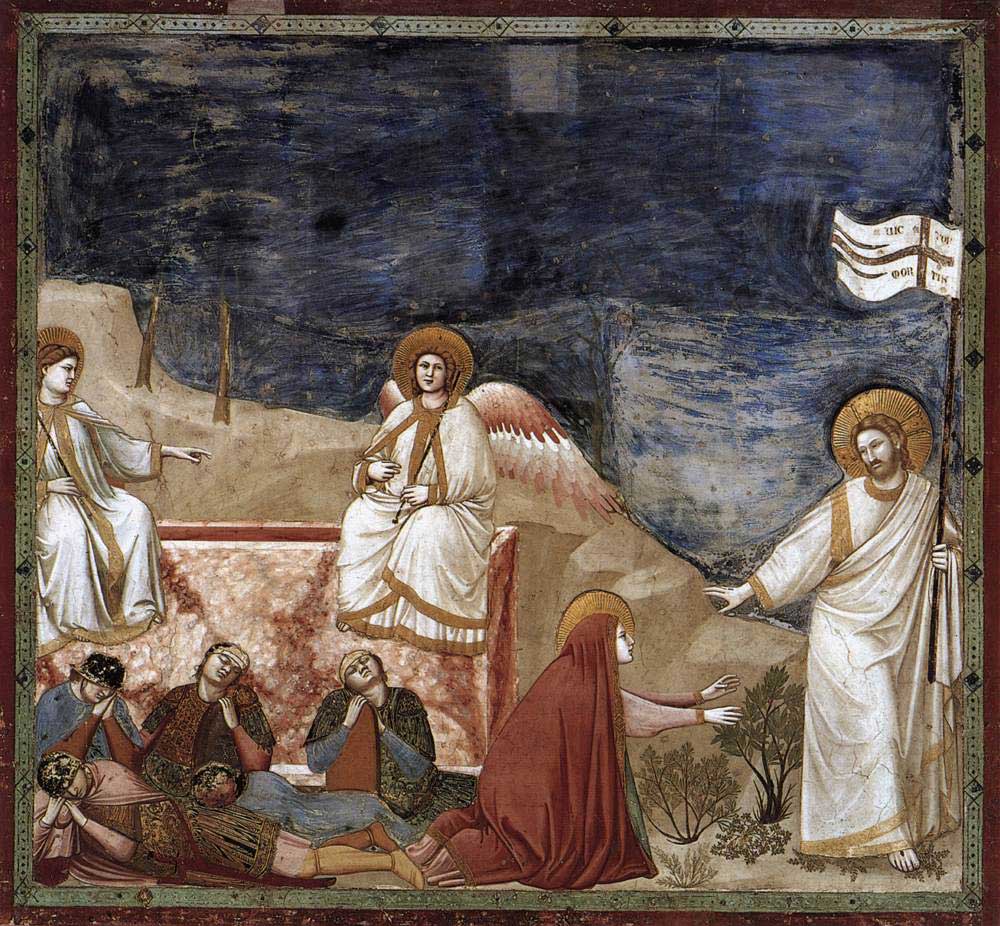 When we encounter the resurrection accounts in the New Testament, we face a challenge in putting all the pieces together in such a way that the sequence of events flows in logical order. This is due to the fact that no one Gospel presents all or even most of the information. Some of the accounts seem to conflict. I have opined before (HERE) that these apparent conflicts are usually not in fact true conflicts. Another difficulty with putting all the facts together in a coherent manner is that the timeline of the events is unclear in some of the accounts. Luke and John are the clearest as to the timing of the events they describe; Matthew and Luke give us very few parameters. Both Acts and Paul also supply accounts in which the timeline is not always clear.

Nevertheless, I want to propose to you a possible, dare I claim even likely, sequence of the resurrection events. The work is my own and I make no claim that this scenario is certain or backed up by recognized ancient authority. St Augustine has done quite a lot of work in this matter and you can read that by clicking HERE.

Jimmy Akin has also done a wonderful study here: How the Resurrection Narratives Fit Together. He goes into greater detail than my brief summary here and if there are any differences with my conclusions, trust Jimmy and St. Augustine first!  🙂

My proposition here is simply the fruit of 31+ years of praying over and pondering the events of those forty days between the Lord’s resurrection and His ascension. My reflections are based as solidly as possible on the Bible, with a sprinkling of speculation.

I realize that my attempt to do this will irritate some modern biblical scholars who seem to insist that it is wrong to attempt any synthesis of the texts since the authors intended no such synthesis.

Nevertheless, I press on boldly, hoping that the average believer will benefit from it and find such a synthesis interesting. Take it for what it is: the work of an obscure pastor who has prayed and carefully sought to follow the sequence of the forty days. You may wish to offer correction or an alternative interpretation; I encourage you to do so in the comments. I have posted a PDF of this document here: The Resurrection Appearances Chronologically Arranged.

In this year’s version I have included hyperlinks to the biblical texts so that you can simply click on them to read the text and then press back to return here.

So here is a possible, and if I do say so myself likely, chronology of the resurrection appearances. It is a synthesis that attempts to collect all the information and present it in a logical sequence. There are limits to what we can expect of the Scriptural accounts; fitting perfectly into a logical sequence is not what the texts primarily propose to do. Yet such a chronological sequence can prove helpful and it is in that spirit which I present it.

Here is a video I put together based on a song performed here at my parish on Good Friday. It is sung by one of our Sopranos, Marjorie Boursiquot. It is arranged by our director, Kenneth Louis, and composed by Long and Pote. The song is entitled “You Love Me.” Prepare yourself for a real treat!

4 Replies to “A Chronology of the Resurrection Appearances”