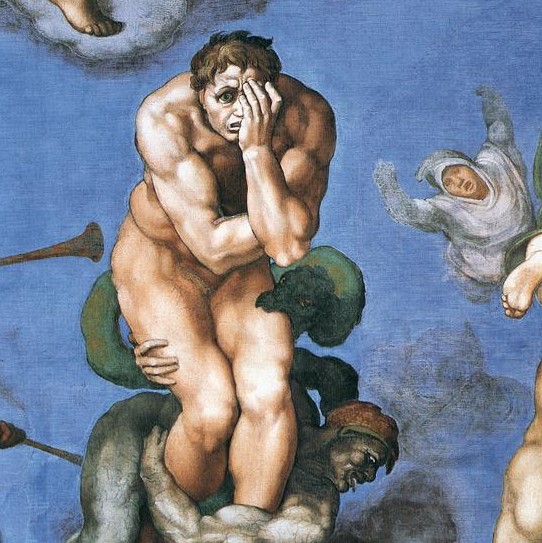 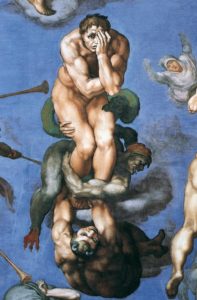 What is temptation? It is the work of Satan to drag you to Hell. He can read you like a book, play you like piano. Do not exaggerate his power—but do not underestimate it either.

Some of Satan’s subtlest work is done in the area of religious observance. There, he can cloak himself in the lamb’s clothing of piety, but, wolf that he is, distort it through excess or defect, thereby destroying you with what is good. Beware what some spiritual writers call the “traps of the pious.” Consider some examples:

He can discourage you in prayer, saying, “If only you would pray just a little longer, then God will give you what you seek.” The deception is that if we could pray a little longer, then we can never have prayed enough. Thus, though we pray, we still feel guilty and inadequate. And since we can never have prayed “enough,” prayer increasingly turns into a burdensome task. In this satanic deception, God becomes a cruel taskmaster demanding longer and more precise prayers, or prayer becomes a superstitious endeavor whose outcome we somehow control by the length and type of our prayers. Jesus counsels us that the Father knows what we need and that we should not think that merely multiple words and pious actions are necessary. We may need to persevere in prayer over time, but God is not a cruel tyrant demanding endless incantations.

Satan can take the beautiful practices of praying the rosary, attending daily Mass, or other devotions and use them to incite in us a feeling of smug superiority, elitism, or pride. Gradually, we being to think of others as less devout because they do not do or observe these things that are encouraged but not required.

A most extreme form of this comes from those who take the beautiful and powerful devotion to our Lady of Fatima and allow Satan to set them against the world’s bishops and even the Pope, claiming that they have failed (ineptly or willfully) to “properly” consecrate Russia. Never mind that Our Lady did not prescribe the exact wording of the consecration; still, somehow, they have failed. In this way, one of our most beautiful and informative apparitions can engender in some people distrust of the Church, disunity from multiple popes, and even disunity from Sister Lucia herself. It is an astonishingly crafty work of the evil one to take what is good and religious and corrupt it in the minds of some people.

Satan can also take what is required and turn it into a kind of religious minimalism, a way of keeping God at a distance. He tempts some souls with the notion that attending Sunday Mass, putting a little something in the collection plate, and reciting a few rushed prayers are the end of religion rather than the beginning of it. Such observances become a way of “checking off the God-box” so that we can be “done with God” for the week. These good practices become the whole of our observance rather than a foundation on which to build a beautiful and ever-deepening relationship of love with God.

Such minimal practices become a form of “God control” for those tempted in this way; it is as if to say, “I’ve done what I am supposed to do, now leave me be—but God needs to take care me now since I’ve done what I’m required to do.” In this way, the Church’s beautiful laws and the requirements describing the basic duties or foundation for a deepening relationship with God, become a kind of “separation agreement,” setting strict visiting hours and specifying who gets what.

Satan can take religious zeal and corrupt it into harsh and uncharitable zealotry. He can take a love for the beauty of the liturgy (ancient or new) and turn it into a persnickety insistence on exactly the right ingredients at the expense of charity and unity. “Make sure you celebrate the liturgy the way I like it. Anyone who doesn’t like what I like is antiquarian, a knave, or an uncouth troglodyte who must obviously hate the Church that I love so beautifully.”

Satan can take the beautiful love for the poor and corrupt it into an enslaving paternalism that locks them into dependency. It is a “love” that does not address their spiritual needs by speaking to them respectfully of their sins, does not seek to deepen their spiritual and family lives. In this way, the beautiful corporal works of mercy are either set at odds with the spiritual works of mercy or are considered adequate in themselves. Satan can send many to serve the poor, armed with half-truths and approaches that merely bandage external wounds, ignoring the deeper internal ones.

In a certain sense, any virtue will do; Satan can make use of any of them. He will seek to corrupt all of them, even the religious ones. He will just as surely go to work in the life of one in a church pew as one in a brothel or a gutter. No one is exempt from his work of temptation; his goal is to drag us to Hell.

What makes his work of corrupting virtue so insidious is the subtlety of his work, for he takes something that is intrinsically good and seeks to corrupt it, either by defect or by excess, turning it into some sort of caricature of itself.

One of Satan’s tactics is to take one virtue and isolate it from others. Beware of these subtle tactics of Satan, who disguises himself well in the robes of virtue. He uses detached virtues, virtues out of balance and proportion.

Beware the traps of piety.