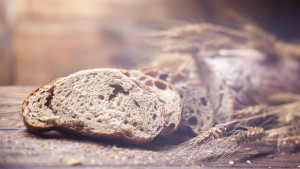 With the renewed interest in demonology, Jesus’ instruction that demons must be driven out with prayer and fasting (cf Mk 9:29, Matt 17:21) is frequently quoted. And many people are acquainted with this text in this form.

But a problem emerges for some people when they go to their Bible to look up those texts. Some Bibles include the reference to fasting while others do not. For example, the two most common Catholic Bibles, the Revised Standard Version Catholic Edition (RSVCE) and the Revised New American Bible (RNAB), render Mark 9:29 differently.

And in Matthew 17:21, which recounts the same incident that Mark 9:29 does, prayer and fasting aren’t mentioned at all in either the RSVCE or the RNAB version. Older Bibles such as the Douay Rheims (DR) and the King James (KJV), however, do:

So what is going on here?

The ancient Greek manuscripts of the New Testament are remarkably consistent, especially considering that they were handwritten by scribes, who might accidentally skip or misspell a word. But there are some discrepancies. Most textual variations are easily resolved by comparing several ancient manuscripts to identify misspellings and/or dropped words. There are some variations, however, that are not as easily resolved, especially when it is a case of one erroneous manuscript being copied numerous times and distributed. But even in that situation, a little detective work can usually find the root problem and distinguish between an erroneous text and a correct one.

But there are times when certain textual variations cannot be resolved and biblical scholars either do not agree or cannot be certain as to which is the most authentic version. Mark 9:29 is one of those texts. Some ancient manuscripts include the words “and fasting” (και νηστεια) while others do not.

While the manuscripts that favor including fasting are far more numerous, it is not necessarily a question of mere numbers. This is because not all ancient manuscripts are considered to be of equal value. Most modern scholars favor the translation that excludes the reference to fasting because the manuscripts that do not mention it are ones that they weight more heavily. So even though many manuscripts do include the words “and fasting,” the earliest and “best” manuscripts do not include it. Critics of this current consensus view object to the presumption that fasting reflects a later concern of the Church. They also think that the most common “go-to” source (Metzger’s A Textual Commentary on the Greek New Testament) has been too influential. Welcome to the wonderful world of biblical textual criticism (analysis)!

The issue with Matthew 7:21 being wholly lacking in most modern Bibles has a similar explanation, though in this case the consensus is even stronger because the oldest and best Greek manuscripts lack the verse. And even those manuscripts that do, seem to show it in the margins as more of a side comment or a reference back to Mark 9:29.

So, all of this goes toward explaining why some of our modern Bibles report Jesus as saying that certain types of demons must be driven out by “prayer and fasting,” while others simply say “prayer.”

But is this just an academic exercise? What are there pastoral considerations?

The main pastoral (and liturgical) question would seem to be this: “Is fasting required to drive out demons or not?” The ambiguity of the textual evidence (as described above) allows that reasonable people may differ as to whether strict fasting is required and to what extent it is helpful. There are certain considerations to be made.

Even if certain demons are best driven out by prayer and fasting, we must never forget that it is God who drives out demons, and He doesn’t need our fasting to do so. Any prideful notions about the effects of our fasting should be strictly avoided.

Indeed, we ought to have a kind of humility regarding fasting. Fasting is certainly recommended, and the Lord Himself says that there is a time for fasting (cf Mk 2:20, Luke 5:35). But fasting can also be a source of pride (Lk 18:12, Lk 5:33). Fasting done out of pride or superiority isn’t going to drive out any demons; in fact it will likely attract them.

In longer exorcisms (which can go on for months), fasting may need to be mitigated or else assigned to members who are not part of the team directly involved in the exorcism. Physical strength is often needed to withstand the grueling work of major exorcism.

With such precautions in mind, and in spite of the textual variations in the “prayer and fasting” text of Scripture, the instinct of the Church is that casting out demons is best assisted by both prayer and fasting. The current Rite of Exorcism (2004) says,

The Exorcist, mindful that the tribe of demons cannot be cast out except through prayer and fasting, should take care that these two most effective remedies for obtaining divine help be used, after the example of the Holy Fathers, both by himself and by others, insofar as is possible (De Exorcismis # 31).

Therefore, he will be mindful of the words of our Lord (Mt. 17:20), to the effect that there is a certain type of evil spirit who cannot be driven out except by prayer and fasting. Therefore, let him avail himself of these two means above all for imploring the divine assistance in expelling demons, after the example of the holy fathers; and not only himself, but let him induce others, as far as possible, to do the same (De Exorcizandis # 10).

Why or how does fasting add power to prayer? One reasonable (and biblical) answer is that prayer and worship should generally involve sacrifice. Scripture says,

There has developed in Western world the strange notion of worship and praise without sacrifice. In many sectors, worship has devolved to little more than a form of entertainment, wherein the whims and preferences of the faithful are expected to be catered to. Worship, by this notion, should be brief and should take place in comfortable, air-conditioned churches with padded pews and convenient parking. The “message” and liturgy should not be intellectually or morally challenging; rather they should be encouraging and pleasing. The music and “style” of liturgy should meet the preferences of those assembled.

Missing in all of this is the concept that liturgy and prayer should involve sacrifice, that they should “cost” us something. Yet Scripture clearly links prayer and sacrifice and indicates that they should, to some degree, be found together. Sacrifice is a way of establishing greater sincerity in, and integrity to, our worship. Indeed, worship without sacrifice too easily becomes lip service or turns God into a kind of divine butler, whom we expect to wait on us. God surely does supply our needs but He is no butler; He is God, who is worthy of our worship and the sacrifice of praise.

It is in this sense that prayer and fasting belong together, especially in the difficult work of driving out demons. Prayer and fasting become the sacrifice of praise that confounds and disturbs the evil one to no end. Scripture says, And now my head shall be lifted up above my enemies all around me, for I will offer in his tent sacrifices of praise with shouts of joy; I will sing and make melody to the LORD (Psalm 27:6).

It is the instinct of the Church that prayer is good, but that prayer with sacrifice (fasting is sacrificial) wins through, especially in that most difficult work of expelling demons and repelling the enemy.

The question of how best to translate Mark 9 and Matthew 17 is a legitimate one. But the long experience of the Church ought not to be neglected. And experience teaches plainly enough that as a general norm,

This kind cannot be driven out except by prayer and fasting (Mk 9:29).

5 Replies to “Prayer and Fasting or Just Prayer? A Consideration of a Biblical “Disagreement””