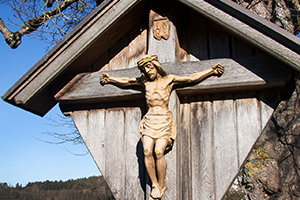 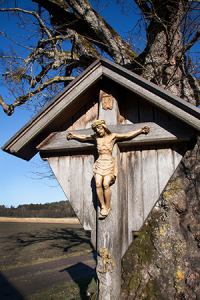 I have started reading through a recently published book called Subtracting Christianity: Essays on American Culture and Society. It is an anthology of the writings of Joseph Sobran (1946-2010), long-time editor at National Review and a keen observer of culture and its intersection with faith. I recommend it highly, for its penetrating observations and its sober portrait of what happens when we remove Christianity from our culture, the same Christianity that was fundamental in our making.

I’d like to present just a short passage from the first article in the book, and then add some feeble comments of my own. I’m sure that as I read through the articles I will post more reflections, but for today, I offer just this brief meditation.

Sobran writes beautifully of the strange resistance that the world has for Christ:

Great as Shakespeare is, I never lose sleep over anything he said … By the same token nobody ever feels guilty about anything Plato or Aristotle said … We aren’t tempted to resist them as we are tempted to resist Christ (Subtracting Christianity pp. 1-2).

I have often pondered the world’s special hatred for and resistance to Christ and His Body, the Church; it is unparalleled. Few of the Protestant denominations experience this hatred. The Buddhists don’t seem to be subject to it, nor do the Muslims even despite all the recent terrorism.

There is almost a knee-jerk, visceral reaction to Jesus Christ and His Catholic Church that is so over the top, so irrational, that one has to marvel at it. The world doth protest too much. Why?

Is it fear? Perhaps. But the Church is not powerful enough to “force our views” on everyone, as some who hate us say we do.

There is no rational explanation for the intense fear and hatred of the world for Christ and Catholicism except to echo the words of Christ Himself:

Yes, they hated Him without cause—at least any rational cause. For indeed, there must be a cause. But it is so irrational and hateful that I surmise it must be that Satan himself is interacting with our flesh. Satan hates Christ in a way that he doesn’t hate Mohammed, or Luther, or Deepak Chopra. Christ is a true threat, so Satan rages. And the world and flesh draw from this rage and fear.

Think I’m exaggerating? Try to get excerpts from the Quran studied in public school and the reaction is almost non-existent. But try to get a gospel studied and the lawsuits and public outrage are nearly instantaneous. Why do the “Christmas wars” target not only nativity sets and Santa (who, by the way, is a secular remake of St. Nicholas), but now even the colors red and green? Talk about excessive and over-the-top; the rage and fear is out of control!

Sobran says it well: Christ makes people lose sleep in ways that others do not. His words and teachings touch a core that others never do. That the world bristles is a compliment. Jesus Christ has to be taken seriously. You may be mad, or sad, or glad, but no one goes away from Jesus Christ unchanged or merely “informed.” His words have an authority that demand a response. And the world seems to know this and thus bristles at Jesus. Some love Him, some hate Him, but few are neutral to Him.

Shakespeare doesn’t make you lose sleep, neither does Plato or Aristotle. Why is that?

To every secularist and atheist, I direct these questions: Why do you protest Christ and His Church so much? Why do you exaggerate our power? If we really are irrelevant, if our “day is over” and we are laughably outdated, then why the fear, anger, and protest? Do our “myths” scare you? But if they are mere myths, then why the fear and protest? Why don’t you direct the same wrath at Buddha? Is it that still, small voice in your conscience?

Sobran observes the odd spectacle of greater intensity for Christ from his opponents than his friends in these words:

Sometimes I think the anti-Christian forces take Christ more seriously than most nominal Christians do…[Indeed] Such a strong and unique personality [as Christ had] could only meet strong and unique resistance. That is why Christians shouldn’t resent the resistance of those who refuse to celebrate his birth [and protest us doing so]. In their way, these people are his witnesses too. (Ibid pp 7-8)

9 Replies to “Whence Comes the Special Resistance to Christ? A Meditation on a Teaching from Joseph Sobran”