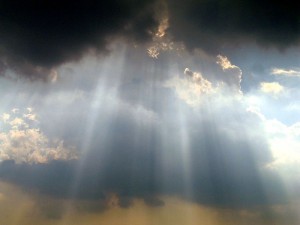 In daily Mass for the past number of days we’ve been reading from the books of Nehemiah and Ezra. These books deal with the return of the Jewish people from the Babylonian captivity.

Most modern-day Christians have only a passing knowledge of these aspects of ancient Jewish history and these events may seem to have little to say to us. But in fact, they speak quite powerfully of very important human struggles today. Thus, a review of these historical events seems in order, as well as an application of them to our life and struggles today.

To begin, the Jewish people, as descendants of Abraham, received the promise of a Land to call their own. This Holy and Promised Land, in the region of Palestine, was shown to Abraham, and his descendants dwelt there briefly.

However, due to famine, Abraham’s grandson Jacob, and his 12 sons moved to Egypt. Thankfully, one of Jacob’s sons, Joseph, going on ahead to Egypt had become the Prime Minister of Pharaoh. So Jacob and his sons were warmly welcomed there, even if Joseph’s presence there had been due to the devilish means of his brothers.

And yet, sadly, there was a Pharaoh that arose who knew not Joseph (Ex 1:8), and in short order, the people of Israel were enslaved for over 400 years in Egypt! The Holy and Promised Land now seemed a distant, even a cruel memory.

But God, with strong hand and outstretched arm, through Moses and Joshua did finally lead them into the land of promise. And, as they entered there, God warned them sternly as detailed in the book of Deuteronomy, that the blessings would be theirs in abundance, but if they did not keep the Law, many curses would come upon them.

Sadly, as we know, the Law was not kept. It is the human condition, we rebel even when we are warned. And though prophet after prophet warned Israel and Judah to repent, the repentance was not forthcoming.

Thus, in 721 BC the Assyrians laid waste the whole of the northern Kingdom of Israel and ten of the Tribes were swept away, the so-called “Ten lost Tribes of Israel.” Judah in the south along with the Levites alone remained.

And in Judah too, after a brief period of reform, the people descended into sinful disregard of God’s Law again. After many warnings from the prophets, the Babylonians destroyed Jerusalem in 587 BC, along with the Temple. They carried off the survivors of that war to live in exile in Babylon.

As they were led there, they sang this song, and swore a kind of vow: If I ever forget you Jerusalem, let my right hand wither! (Psalm 137).

While in Babylon (modern-day Iraq) Prophets like Isaiah and Jeremiah instructed the people that they would tarry there for about 80 years, but they should not forget the Lord! They should still live according to his ways and remember that he would one day lead them back to their land.

In an almost miraculous turn of events, within eighty years, the Persians defeated the Babylonians, and God inspired Cyrus, the King of the Persians, not only to allow the Jewish people to return to their Land, but he even offered a sum of money to help them in rebuilding!

But many of the Jewish people had begun to set down roots in Babylon. Some became successful there, indeed many. And thus, many of the people who heard this news that they could return to the Land of blessing and promise, were not all that thrilled by it.

The Holy Land, was, for most of them, either a distant memory, or a place they had never been to in the first place. Many had become very accustomed to Babylon thinking, “Sure, it’s a little hot here in the summer, but I own a nice little jewelry shop on the corner Tigris and Euphrates Avenues…My kid is the captain of the basketball team at Babylon U. Why should I go to all the trouble of journeying some 500 miles across the desert, to go to a ruined land, no matter how promised or holy?… I’ve got it pretty good here.”

And, so many of the descendants of those who sang, “If I ever forget you Jerusalem, let my right hand wither…” did indeed forget Jerusalem! And note this, the Land that was now available to them was not just any land, it was Holy Land! It was a place of promise and a place of God’s blessings.

For most of us modern Westerners, Land is simply something own, perhaps for a time. And when it is no longer useful, we sell it. But in the ancient world land was sacred, and the Holy Land for the Jewish people, was the most sacred of all. The refusal to return to the Sacred and Promised Land is spiritually very significant.

Nevertheless, most preferred to stay in Babylon. Only a small remnant, with Ezra & Nehemiah made the journey and began the work of rebuilding.

And in all of this, is a kind of paradigm, a kind of moral lesson for us. For, it is too easy for us to prefer the “Babylon” of this world to the Holy and Promised Land of Heaven. Somehow, we perceive, (and rightly so) that the journey to Heaven is not an easy one, requiring some sacrifices and the forsaking of the things of this world.

For many of us the journey can seem too hard, just too much trouble, and so we give way to sloth. Instead of being joyful at what God offers, we are sorrowful, even averse to it; thinking it all too much trouble.

Just as most of the people in Babylon had never really seen the promised land, only heard of it, so too for us. For many, heaven seems theoretical and distant, and instead of trusting that it is a glorious goal, the place of our greatest blessings, we choose rather to throw in our lot with this world, and its current blessings.

So instead of joyfully setting out on a journey, however arduous, we wonder what is on TV tonight, and we continue to set our roots in the “Babylon” of this world.

Here’s a moral tale about sloth, which is sorrow, sadness or aversion at the good things that God is offering because we think of them as simply “too much trouble.”

Only a small remnant of the ancient Jews returned to the Holy Land. And maybe this is what the Lord was thinking when he said that the road to destruction was wide and many followed it, and the road to salvation was narrow, difficult and a way that few found.

There is a beautiful song that says “I want to make heaven my home.” And in this, there is a kind of prayer that we ought to say, wherein we ask the Lord to make firm our decision and conviction to set out for heaven and not look back.

The Babylon of this world will continue to entice us, and we need to be sober at the remnant theology evident in the fact that most never returned to the Holy Land. And we must be sober at the sad remark of the Lord that only a few really want heaven.

So pray every day for the joy and zeal that are the virtues opposed to sloth.

Indeed, these ancient historical events, seemingly up obscure too many moderns, do in fact have a lot to teach us.

What will it be? The Babylon of this world, or the Holy Land of heaven? you decide.

12 Replies to “I Want to Make Heaven My Home: what an ancient Biblical event can teach us about life today”