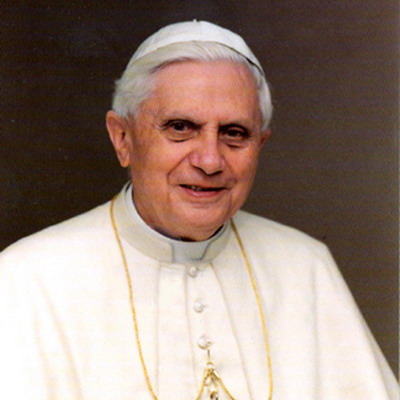 I must that I was never all that enamored by the historical critical method of interpreting Scripture. I’ll say more of why in a moment. But some of you may be wondering what the historical critical method is. (If you want to skip my little lesson and some personal reflections of mine and go right to the Pope (instead of mere Msgr. Pope), the quote is at the bottom of the Page in bold italics).

The historical-critical method investigates the origins of a text and compares them to other texts written at the same time, before, or recently after the text in question. Did other ancient texts, whether biblical or non-biblical, adopt similar forms, use similar ingredients, story-lines, allegories, metaphors and the like. The Historical Critical method focuses on the sources of a document to determine who wrote it, when it was written, and where. What do we know of the author and his times? How was he influenced by them? What was his personal story? What other texts did he write and how do they compare what is before us? How does the writing we are studying compare to similar documents of the time? For example, Matthew, Mark, and Luke are all very similar in terms of their basic content of what Jesus said and did. However they also have significant differences. How do we understand and explain the differences? Is one of the three “synoptic” (called this because of their similarity to each other) Gospels more historically reliable than the others as to detail? Why is the Gospel of John so different in tone and content that the other three and what are we to make of this? And so forth.

As such though, the historical critical method focuses primarily, almost exclusively, on the human origins of a text. Of itself this is not wrong, but it is incomplete. The Scriptures are a document of faith, more specifically of the believing community of the Church. They are inspired texts, with God the Holy Spirit as their ultimate author. Further, the role faith in the communities from which the biblical texts emerged is also a significant factor. Hence the biblical text is not merely understood as an historical utterance, but one that was understood and interpreted by those who believed and who also influenced the process of collecting the sacred writings and discerning what was of God. But this process was guided by the Holy Spirit.

The human dimension in all these things is important and essential and the historical critical method is right to explore this dimension, for God the Holy Spirit did not choose to act independently of the human personalities involved or of the believing community of the early Church. But neither was God wholly bound by these things or limited by them. Thus the historical critical method can only be one dimension of proper biblical understanding.

Regarding Sacred Scripture’s human dimension the Catechism has this to say:

In order to discover the sacred authors’ intention, the reader must take into account the conditions of their time and culture, the literary genres in use at that time, and the modes of feeling, speaking and narrating then current. For the fact is that truth is differently presented and expressed in the various types of historical writing, in prophetical and poetical texts, and in other forms of literary expression. (CCC # 110)

My own struggle – As I have already admitted, I have struggled to be enthusiastic about the historical-critical method. This begins for personal reasons. When I was in Seminary the method was insisted on by some, (not all), of my professors as the only real and valid method of Scripture study. They were zealots of a sort and any suggestion of a world outside this method was dismissed by them. They also isolated themselves historically, since this method is rather a new one. Hence, just about anything written on scripture prior to 1900 was not considered very tenable by them. I remember once turning in a paper wherein I quoted a scriptural commentary from the 1870s. The Teacher simply circled the date in red and had nothing further to say of the point.

I was also troubled by the strong tendency of the historical-critical method to doubt the existence of the miracles recorded in scripture. Not all scholars do this, but the more usual explanation of the miracles were that they were either literary devices, or just epic legends that were common of ancient near eastern and middle eastern texts. Further, claims that Jesus made of his divinity were somehow to be understood as later additions, not something Jesus actually said. Many adherents of the historical critical method were also dismissive of John’s Gospel and tended to sniff at most details there. They considered what they called “the fourth Gospel” to be more theological reflection than actual history, hence it had little offer that they were not quite skeptical of. It did little good to quote John’s Gospel to some of my professors.

De-mystified – Generally speaking then, my experience of the historical-critical method was that it de-mystified the scriptures and saw them only in human terms. The over-arching role of the Holy Spirit as the true and primary author was set aside and, thus, Mark’s gospel was favored over say, John’s and so forth. Since some of my professors were zealots for the method. Asking questions, even in good faith, was considered a veiled rejection of the method and was not usually received well.

And yet I also knew the human dimensions and historical context of the Scripture were important. But getting past the odious qualities of zealots, and the over-emphasis they placed on the human, made it harder for me to learn from them or the method they proposed.

I write all this to introduce the Pope’s reflections on the historical critical method. At heart he is a professor and is thus very careful to distinguish and to realize that the truth is often found in dialogue with various disciplines. He is able therefore to take what is good in the method and describe what is lacking or in need of balance and correction. He does this gently yet clearly. I find his distinctions helpful, especially due to my personal history. I trust the Pope and need someone I trust to say to me, “There is something good here and worthy of acceptance, and there are also some tendencies to avoid.”

This excerpt is from the Pope’s recent book Light of the World. It begins with a question by Peter Seewald which articulates many of the concerns I just expressed and then there is the Pope’s answer.

SEEWALD: The historical-critical method had its merits, but it also led fatefully to an erroneous development. Its attempt to “demythologize” the Bible produced a terrible superficiality and a blindness toward the deeper layers and profound message of Scripture. What is more, looking back, we realize that the alleged facts cited for the last two hundred years by the skeptics intent on relativizing pretty much every statement of the Bible were in many cases nothing more than mere hypotheses. Shouldn’t we be much clearer than we have been that the exegetes have to some extent been practicing a pseudo-science whose operative principle is not Christian, but an antiChristian animus, and that it has led millions of people astray?

POPE BENEDICT: I wouldn’t subscribe to so harsh a judgment. The application of the historical method to the Bible as a historical text was a path that had to be taken. If we believe that Christ is real history, and not myth, then the testimony concerning him has to be historically accessible as well. In this sense, the historical method has also given us many gifts. It has brought us back closer to the text and its originality, it has shown us more precisely how it grew, and much more besides. The historical-critical method will always remain one dimension of interpretation. Vatican II made this clear. On the one hand, it presents the essential elements of the historical method as a necessary part of access to the Bible. At the same time, though, it adds that the Bible has to be read in the same Spirit in which it was written. It has to be read in its wholeness, in its unity. And that can be done only when we approach it as a book of the People of God progressively advancing toward Christ. What is needed is not simply a break with the historical method, but a self-critique of the historical method; a self-critique of historical reason that takes cognizance of its limits and recognizes the compatibility of a type of knowledge that derives from faith; in short, we need a synthesis between an exegesis that operates with historical reason and an exegesis that is guided by faith. We have to bring the two things into a proper relationship to each other. That is also a requirement of the basic relationship between faith and reason.

Just a final word of thanks to the Holy Father for the encouragement he gives me here. His charism is to strengthen and unify us (cf  Lk 22:31). His capacity to do this with clarity and gentleness is evident here. There are values to the historical critical method. And yet excesses must be avoided, distinctions made. I find this succinct answer, which he has elaborated in greater detail elsewhere,  of immense help.